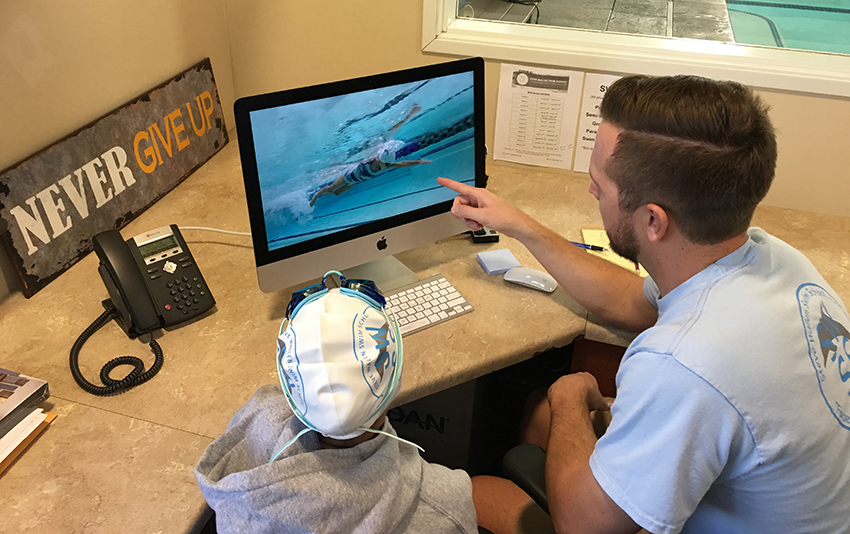 While much of our propulsion during freestyle and breaststroke comes from our powerful arm actions, the legs play a critical role in maintaining constant thrust, stabilization, and a streamlined body position in the water. When we are learning to swim, it’s vital to develop these flutter and whip kicks effectively, before negative habits can develop. If we continue to swim without feedback on our swim strokes, these same negative habits may develop. Swim lessons, stroke clinics and video analysis are all great ways to improve on your swim stroke and to refine your flutter and whip kicks.

To enhance the efficiency of both flutter kick and whip kick, try this counting drill; swim a length with a kickboard and count the number of kicks that it takes you to complete one length. Then, each subsequent length should be an effort to reduce that count. So, keep counting and swimming until you can lower that kick count substantially. Remember that a weak or poor kick will impact performance, increase drag, and negatively influence body position. These errors will result in a less than efficient swim stroke. 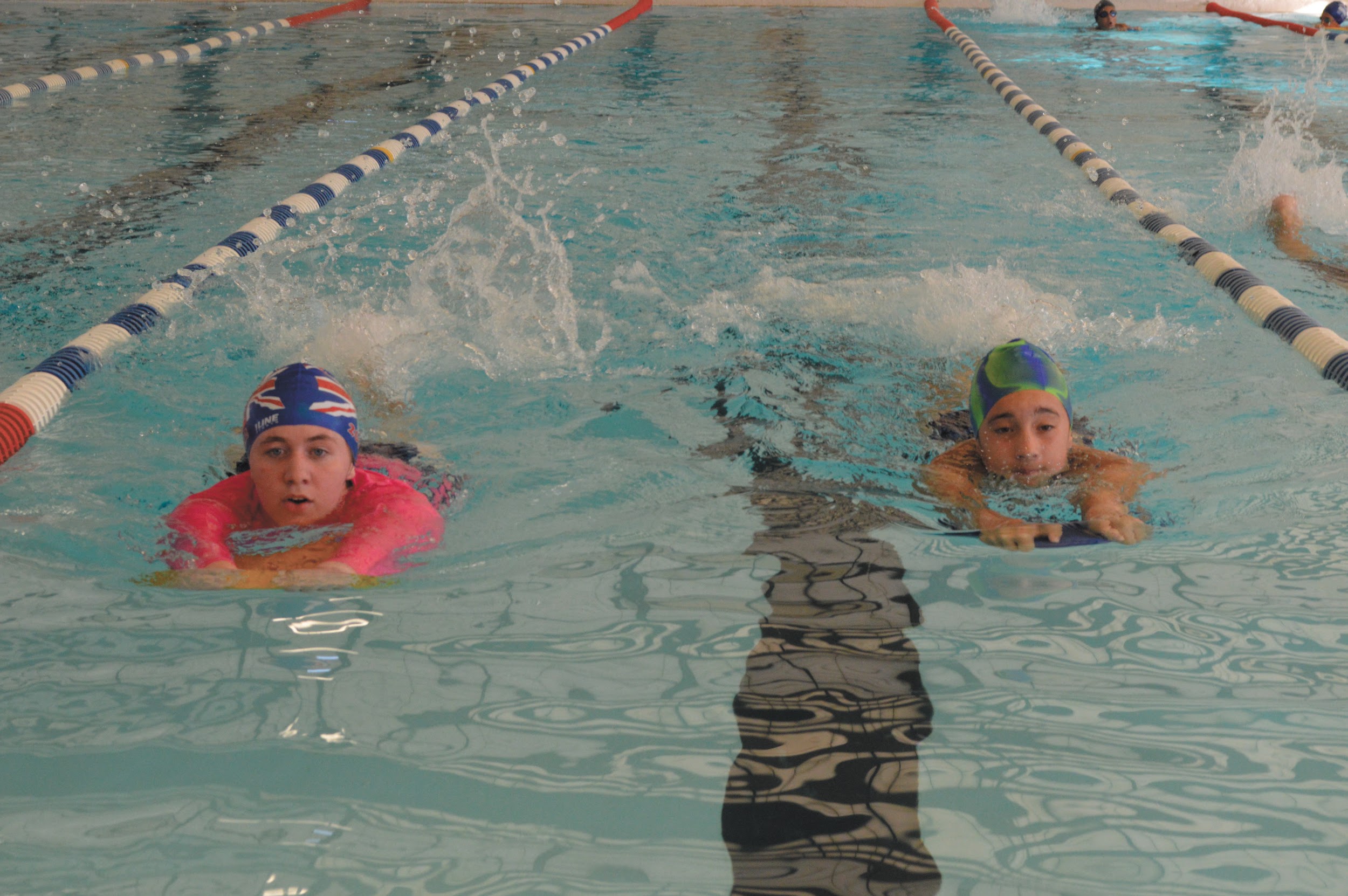 An effective flutter kick depends on the coordinated action of the entire leg, originating from the hips, and ending at the toes. Consider the motion as a wave of movement through the joints and muscles of the legs. The legs should be fluid, with knee and ankles allowing for that wave. Flutter kick has an upward and downward stage. Common errors in flutter kick include: bending the knees too much, not using both an up and down phase, knees and ankles too stiff, and kicking with the legs moving too far apart.

Keep these tips in mind when swimming flutter kick: 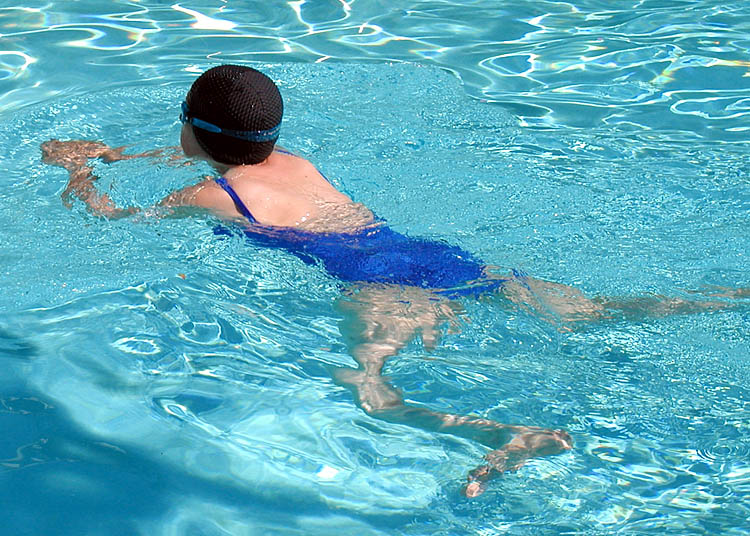 Whip kick can be a challenge for many people, as it requires multiple phases which must be correctly timed and coordinated. It also requires full flexibility in the knee and ankle joints. It is important to remember that in addition to being one of the most challenging kicks to learn, most of the forward propulsion in breaststroke comes from the kick, not the pull, so an effective whip kick is vital. When you are in the water, take the time to feel where the propulsive phase is occurring; once you can feel this phase, try adding more power. Common errors in whip kick include: bringing the knees toward the stomach, not flexing and turning the feet outwards, not having a fluid “whip” motion in the legs, kicking outward rather than straight back, and closing the legs too slowly during the kick’s finish. These common errors all contribute to an increase in drag, resulting in an inefficient stroke.

Keep these tips in mind when swimming whip kick:

Take the time to break your swim strokes down into their parts. Drills focused on flutter and whip kick are essential; incorporate drills into your daily swim. Here are a few drills to try, with or without a kickboard:

How To Flutter Kick:

How To Whip Kick:

Get Started With Swim Lessons in Roseville and El Dorado Hills! 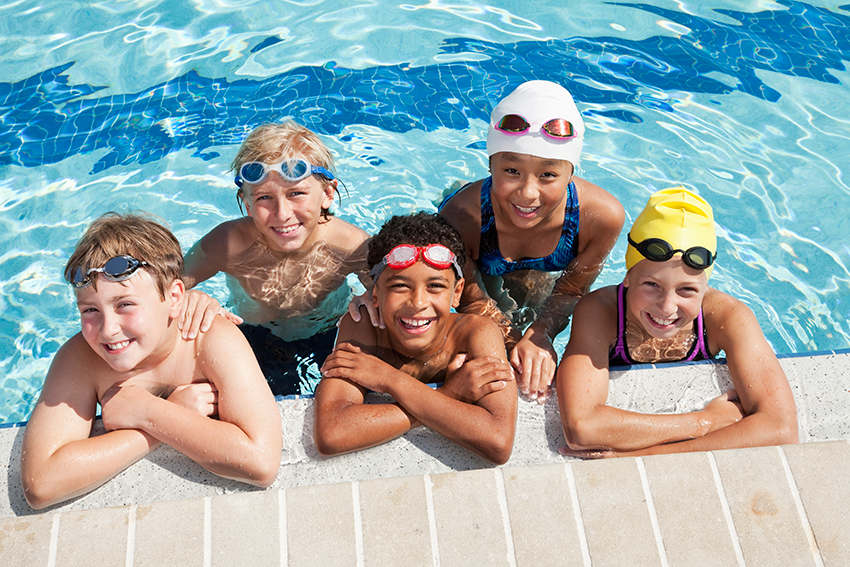 Refine your flutter kick and whip kick by signing up for swimming lessons at Steve Wallen Swim School! Infants, kids, and adults of all skill levels have been learning to swim and how to be water safe with us for over 40 years!